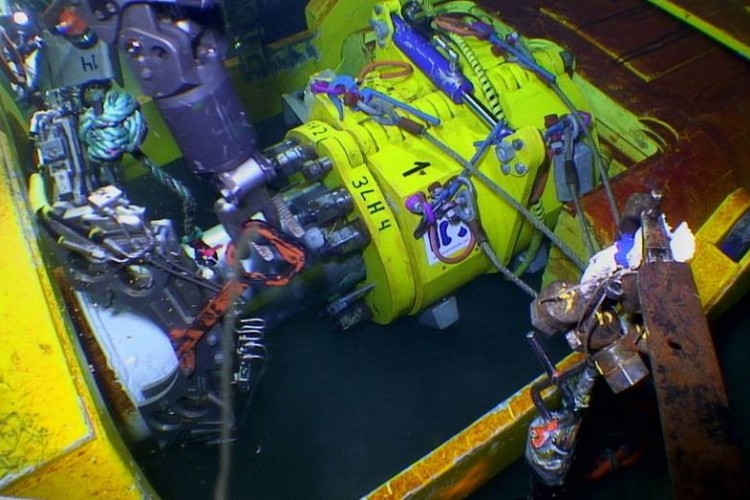 STAVANGER, Norway. – In August 2020, IK-Norway helped complete one of the world’s deepest subsea repairs off the coast of West Africa.

The project was commissioned to structurally reinforce and seal a circumferential crack in a pipeline. The operational water depth for this project was 1500m.  The crack itself was located at a weld point with a gap of 10mm that circled around roughly 250 degrees of the pipeline cross-sectional area. Phase one was carried out to structurally reinforce the pipeline and prevent the crack from increasing, with the more complicated phase two to follow to establish a permanent seal and reinstate structural integrity of the pipeline.

Phase two consisted of several complex and critical steps. Two custom-made milling tools were designed and manufactured in-house at IK-Norway as the requirement was to mill away over 500mm of a complex section of steel and GSPU but had to stay within a tolerance of 1mm without damaging the pipeline.

After removing all the required steel and insulation, the next phase was to install two clamps: one structural clamp and one compact integrity clamp. The two clamps were designed as such to withstand an axial force of over 200Te and a differential pressure of 200 bar. The compact integrity clamp was successfully tested with an axial load of 284Te and seal up to 290 bar pressure.

The project duration from start to completion was just over one year and was successfully completed without a single incident to both staff and assets.

“This was easily one of the more complex projects we’ve ever undertaken at IK with both precision and water depth proving challenging. However, this is exactly the type of challenges we live for. If it was easy everyone would be doing it.  IK has a reputation for successfully delivering solutions for the subsea industries most complex problems and this was no exception. From project conception to completion, our team here at IK worked tirelessly to ensure safety was at the foremost of our operation but also to successfully deliver this complex project for the client.”

Notes to the editor:

About IK-Group AS
IK-Group AS is a leading supplier of specialist products and services for Pipe and Pipelines, Subsea and Topside. Established in 1987, the company is located in Forus Stavanger, Norway. Our base includes facilities for the entire scope of our operations including engineering and production offices, workshop facilities as well as a warehouse and calibration laboratory.