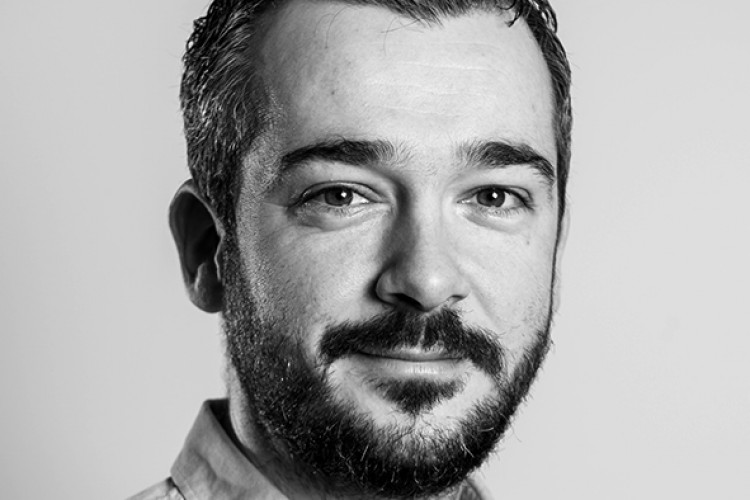 I think the best place to start would be to learn a bit about you.  So, tell me who you are and what do you like to do in your spare time?

So, who am I?  My name is Bozidar Sevic and I am a Project Manager for IK-Group in the Subsea department. I got this role within the subsea department last year. Outside of work I love playing guitar.  I used to be in a band actually. Yeah, so I love it, I still do it sometimes, not in the band.  I have a guitar and the other day I posted a Pearl Jam cover, it got over 100 likes I was like “wow!” You can hear my kids screaming in the background, it’s cool.

I’ll just go back to my job title quickly; I once saw a friend of mine post on LinkedIn describe himself as ‘not your ordinary financial analyst’ and I was quite surprised that he would say that on LinkedIn but that’s how I would describe myself; not your ordinary project manager. I am very approachable to everyone on my team, and we get projects done as one team.

How did you get into the Role you are in now?

I studied mechanical engineering in Bosnia and Herzegovina, where I am from and graduated in 2005.  My first job out of university, I joined a family-run company who produced electronic ignition coils for small engines, mostly used within the agricultural industry. Worked there for seven years and I really enjoyed that job because it was small and it allowed me to be involved heavily in the full product cycle.

After that, I was approached by a friend about a job in Stavanger and that’s how I came to be in Norway. After some experience within Stavanger, I got a job here at IK in 2012. I started as a consultant and I was asked to stay on as an Engineer and then a Senior Engineer.  I got a lot of opportunities to go offshore and travel all over the world to follow up on projects I had worked on and help the client out.  I have been all over the world with IK – The Philippines, Angola, Nigeria, Australia, The Highlands & Islands and Trinidad & Tobago.

As a project manager, it’s my role to get things done from A-Z.  The main goal is to deliver a project within the correct schedule and make the client happy.  It’s also crucial to keep management happy and my team happy!

What sort of problems do your clients have that you usually assist with?

There is a huge range, from burning issues which need to be fixed straight away to well-matured, well-tested systems.  We are basically making sure their assets are up and running.  Although we are in a niche in what we do, we still take on a very big range of problems. An example would be a pipeline was shut down due to a leak. After the client has done an assessment, they will realise they need remote intervention to resume production.  If there is no standard solution, we will be contacted.  The Emergency Pipeline Repair System (EPRS) has been mentioned more and more for this very reason. Basically, it is a logical approach for all the operators because they want to reduce risks and increase response time.

A long time ago, based on what we do and how we do it, I came up with this joke – we are like the special forces! Suddenly if there is an issue, we have to quickly assemble a team, figure out what to do, work around the clock and cancel everything.  People are the biggest assets we have here at IK.  These people are dedicated, passionate, super intelligent, highly flexible and then I will say they are experts, engineers, mechanics, purchasers and controllers.  These people are ready to work around the clock.  We always have to apply ourselves.

We always have to comply with the rules and regulations.  With Subsea it is much stricter. The Subsea industry is the closest to the space industry, because every single operation needs to be planned to the tee.   When you send equipment underwater you have no means of control, so you have to plan it very well.  We always apply known principles, known technologies and engineering knowledge and experience to build and develop a solution that will eventually solve the client's problem.

Can you give me some examples of projects you have undertaken? Are there any that stand out to you, that you are particularly proud of?

Definitely.  Even though there are so many that have been bigger or better than this one, it is still so special.  Even today people still talk about it, internally we talk about it being so special for us.

The project started when we got contacted by Shell Philippines (SPEX) as they had a leak at around 800m water depth, which was causing gas to solidify within the pipeline on one of the gas fields and they called us and asked if we had a solution.  We got engaged to do some studying and we came up with some solutions.  Right at the end, we came up with a solution to use a special sealant which only solidifies and seals where there is a drop in pressure.  We would put a clamp around the flange and push the sealant into the leakage.  Usually this would be done from the inside but there was no way of doing that, so we decided to try this approach – no one had done it before. We contacted some people and started testing it out and Shell liked our idea and bought it.  It was in 2015, we started doing all the big tests, the Shell team came from all over the world, all the experts coming to Stavanger, there were lots of meetings and discussions - it was great! We even did mock-up tests offshore in the Philippines to see if it can be done and then we came back and built the real thing and went back offshore again to do the installation and it worked.  From start to finish it took a year from the idea to completion, it was a long-term project.  It worked incredibly well and we even picked up an award for it.  We were invited to the Shell headquarters in the Netherlands to receive a special recognition award.  We still keep it here in the lobby.  It says, ‘For technology that’s never been done before’ or something cool like that.  For me that was kind of a break-through project.

With these projects it can sometimes be like a movie.  You get a phone call saying there is an issue, and they need us to solve it!

This question might be a hard one to follow from such an exciting project, but after doing such great things and becoming a project manager.  Where do you see yourself in 10 years’ time?

I don’t want to sound pretentious, but I always find it hard to answer this type of question, but I just want to be a better version of myself.  I’m not sure where that will get me.  10 years is a long time.  I want to be better at what I do.  If I get further progressions within my career, it will be natural at the time.

And finally, what do you think the main challenges our industry is facing?

The oil and gas industry in general is perceived as ‘the sunset industry’ because of the change in green energy, renewable energy, wind energy, solar, and all these initiatives from all over the world.  However, our niche, our place in this industry, has huge potential because the assets are ageing, the pipelines are getting damaged and old, so our position here is actually greener than you might think.  Why? Because we prevent damages, we prevent environmental issues and assist with decommissioning.  We are a green segment of a not green industry.  Our niche still has a future and we have a huge part to play going forward.