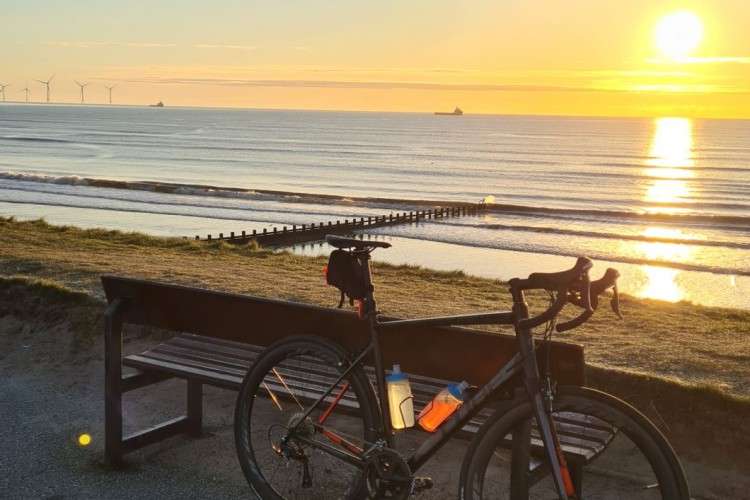 IK's Marketing Director, Neil Shepherd, is undertaking a tough challenge by cycling Coast to Coast across one of the widest and mountainous parts of Scotland.

Neil is a keen cyclist and can regularly be found out and about before breakfast chasing those miles but at best he covers 40 to 50 kilometers in a ride.  This challenge will see Neil cycle 316km from his home town of Aberdeen to the Isle of Skye on the West Coast and climb roughly 2,650m of vertical elevation - enough to summit the Col du Galibier which was the highest point of the 2017 edition of the Tour de France.

Neil is doing the cycle to raise money for a charity that is close to his heart.  Fighting for Sight is a charity based at the Eye Clinic of Aberdeen Royal Infirmary.  His sister has been a patient there for 11 years and has been supported by the charity as she continues to battle with two sight threatening conditions.

Asked what inspired him to take on this challenge, Neil said "It was towards the end of 2020 and my sister was rushed into hospital for an emergency procedure to relief pressure in her brain as her LP Shunt device had failed.  To see first hand how incredible all of the staff were and how they put my sister at ease in what was a pretty traumatic experience was pretty inspiring.

My sister has battled with two serious eye conditions and will continue to do so for the rest of her life.  Fighting for Sight have been by her side from day 1, through two major operations and 16 lumbar punctures.  So for me it was pretty simple, I had to do something that would raise vital funds for the charity as like all companies they've been hit hard by the pandemic.

It's going to be a pretty tough challenge for sure, but two days of suffering is nothing in comparison to what some people have to go through.  IK have been amazing and have kindly supported the challenge by donating to the charity and covering the bulk of the costs, meaning all of the money raised goes directly to the charity.  On behalf of Fighting for Sight and my sister, I'd like to say a huge thank you for their continued support and their positive attitude toward the challenge!"

If you'd like to find out more about the challenge, the charity or indeed donate, you can go to Neil's page here or contact him directly here.